chat Could you press the button? Part 2 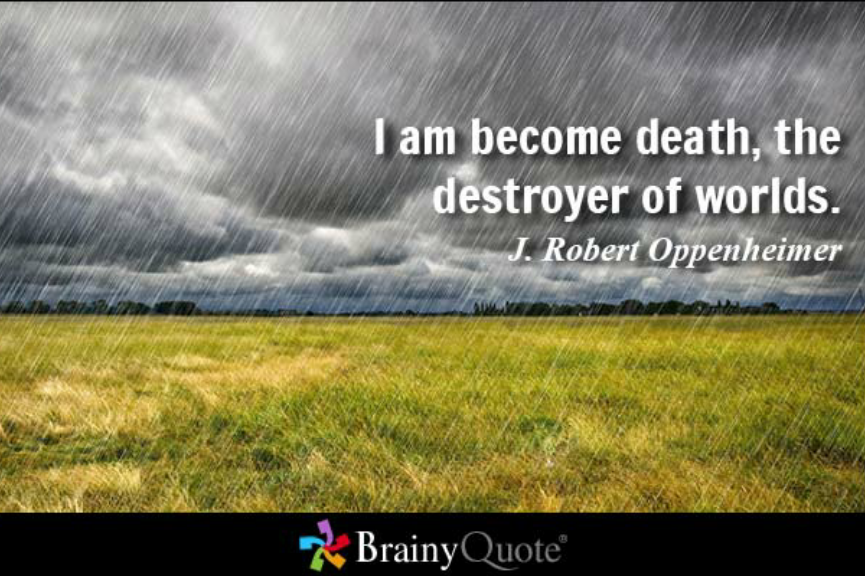 J. Robert Oppenheimer  (1904 -1966)  was the maker of the atomic bomb. If you have not read the post Could You press the Button? Part 1  here is a slight introduction to the need of ending the wars.

When shall we say. Enough is enough? The maker of the atomic bomb spoke about the morbidity of killing so many people. Imagine his mental state after being the creator of the Cold War? His job was to kill innocent people. When will it stop?

I feel I have and we have a new way of dealing with situations now. I do think everyone is waiting for a solution  to the problem. The solution is to stay away from the problem as history has stated. I discussed obedience being the harbinger of death. I feel it will always make us do things we regret. We obey rules or keep jobs which are unethical. Now we need to think – will it be possible to find the time to think without pressing the button? Milligram (1974) study proved we humans always obey and follow.

It is not Wonderful, but,  weird how we all need to obey and comply.